Directional or Standard Airflow Panels…both have their place.

Why one over the other?

The newer, high velocity air flow panels can achieve up to 70% free air flow as opposed to the standard perforated tiles, which allow for only 25%.

One challenge presented with older standard tile designs is that the air that passes in front of the server cabinet can cause a Venturi effect. This is where a vacuum is created in the space between the rack front and the servers, resulting in less amounts of cool air getting to the equipment. 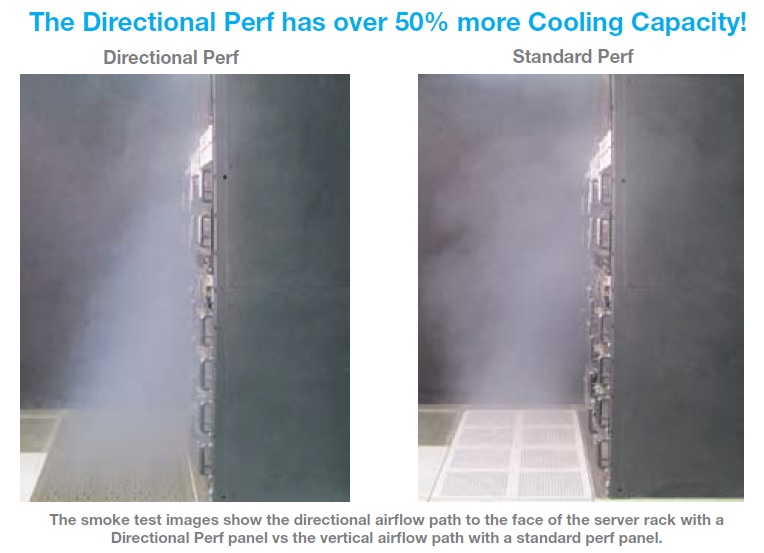 Should all floor grilles perform the same if they have the same static pressure beneath them?

You would think they would, but surprisingly they don’t….and the reason why is construction.

“The industry has historically been concerned with the relationship between pressure and volume. But we’d like to take the discussion further and talk about the productivity of the airflow once it leaves the tile. Adding directionality to the tiles has greatly improved the precision of raised floor cooling. And that precision has led to both capacity gains and efficiency improvements.”

Whether it is direct or standard, staying current on airflow management technologies can provide you with a better run Data Center.

Speak to an expert
For additional information on cold aisle containment, design consultation and pricing, contact us today at 1-800-638-2638.