A man with Vibram shoes and an infectious, dry wit energy approaches the stage. He asks if we can talk about something completely different, and requests consent to be his guinea pigs. A small laugh rolls over the large audience as he attaches his mic with a mouthful of purple beard.

With clever quips and down-to-earth, pop culture remarks, Mr. Chris Roberts connects with his listeners about deep thought sequences with cartoon level digestion. Instead of the original “Your Wheaties are Mine” talk, a new slideshow begins…

As “one of the world’s foremost authorities on IT security,” Roberts shares the facts of using a “learn from Mother Nature” approach when discussing computer viruses and using a flu shot concept on the modern computer, as he called “squirrel hacking.” 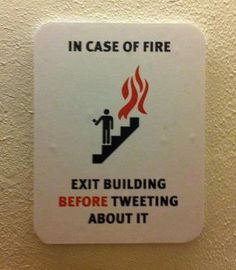 Prevalent slideshow images including do not feed or molest the gators and in case of fire, exit building before tweeting about it present a strong reminder that “the 200-ish pounds of fleshy fluid is the weakest link in security.” Roberts explored in-depth samples involving how the mentality of

“If you can code it, you can hack it”

takes nanotechnology to a whole new world, on a molecular level. Even though “our track record of implementing anything, as humans, is not the best”, biology hacking is already in motion:

“Mother nature has this petri dish of weirdness with a capability to turn it into something.”Chris Roberts

Brilliant people all over the world continue to play and configure with the merger between nanotech and living organisms. Perhaps to, one day, better connect the dots between a pRNA hexamer and malware operations. “It sounds like sci-fi, doesn’t it? It’s more like science fact.”

By the end of this keynote speaker’s hour, the challenge to collaborate and communicate was made apparent and inspirational. Finding and maintaining the balance of sharing and protecting information can be difficult… Follow the adventures of Chris on Twitter: @Sidragon1